MILWAUKEE (February 3, 2020) – Harley-Davidson celebrates an icon with the introduction of the Fat Boy® 30th Anniversary motorcycle. Cloaked in dark finishes with bronze highlights and powered by a blacked-out Milwaukee-Eight® 114 engine, production of the 30th Anniversary Fat Boy will be limited to 2,500 examples, each serialized with a number plate affixed to the fuel tank console.

The Fat Boy was a perfectly outrageous name for a motorcycle that at its 1990 introduction was brilliantly bodacious.

“The Fat Boy took the look, proportions and silhouette of a 1949 Hydra-Glide motorcycle and completely modernized it for a new generation of riders,” explains Brad Richards, Harley-Davidson Vice President of Styling and Design. “Those riders appreciated our post-war design DNA but also found themselves drawn to the clean simplicity of contemporary industrial design. Each of these elements was captured in the new 2018 version of the Fat Boy model. For this 30th Anniversary model we wanted to create something very special, so we leaned into the popularity of darker finishes and a limited run/serialized strategy to make the bike truly unique and exclusive.”

Based on the Harley-Davidson® Softail® platform launched in 2018, the Fat Boy motorcycle re-defines an icon with power and presence. The entire Fat Boy front end is massive and topped with an LED headlamp in a newly shaped nacelle. The Lakester disc aluminum wheels update that defining Fat Boy style point. The 160mm front tire is balanced by a signature 240mm rear tire that delivers a factory custom look.

The Softail frame and suspension combine to form a chassis that’s stiff and lightweight, for agility and performance that will exceed the expectations of the most-demanding cruiser riders. The mono-shock rear suspension preserves the signature “hard tail” lines of the Softail chassis and places a single coil-over shock absorber below the seat at the optimal angle for a smooth ride and outstanding handling. Remote hydraulic pre-load adjustment is accomplished by simply turning a knob located below the seat, making it easy to dial in the ride and handling for rider weight.

Birth of an Icon

Introduced in 1989 as a 1990 model, the original Fat Boy was designed by legendary Harley-Davidson stylists Willie G. Davidson and Louie Netz and combined a fresh, contemporary look with classic Harley-Davidson styling cues. To achieve a “milled from billet” look the bike was finished in monochromatic Fine Silver Metallic with a matching powder coated frame, and rolled on aluminum disc wheels – the rear exposed by the Softail chassis – that would become the defining characteristic of the Fat Boy model. The look was beefy for the time, from the fat front tire covered with a trimmed fender to the wide handlebar and a seven-inch headlamp in a massive chrome housing perched on a polished FL-style nacelle. Davidson designed the winged tank logo, which has been an enduring feature of the Fat Boy model.

In 1991 the Harley-Davidson Fat Boy motorcycle entered popular culture with its featured appearance in the motion picture “Terminator 2: Judgment Day,” in which actor Arnold Schwarzenegger rides a Fat Boy motorcycle through Los Angeles in a dramatic chase scene. The movie was a global sensation, helping cement the Fat Boy model as an iconic representative of the Harley-Davidson brand in many markets, especially Europe.

Only Harley-Davidson would have the confidence to name a motorcycle Fat Boy. Here’s how it happened, according to an account by Willie G. Davidson from his book “100 Years of Harley-Davidson”:

You’re probably wondering how we came up with a name like “Fat Boy,” and I’ve heard a lot of tales about this, nearly all of which are untrue. Here’s the real story: it’s tough to come up with names that will be popular on the street. We always have to ask ourselves, “What’s the street going to name this?” and work from there. We were looking for something unusual and maybe even a little irreverent, because there’s something sort of cool about poking fun at your products from time to time. To me, and to a lot of other insiders who’d seen it, the bike had a massive  “fat” look. So the folks in marketing came up with the name “Fat Boy” – and the street picked it up.

The Fat Boy model received regular styling updates until 2018, when an all-new Fat Boy model was rolled out on the reinvented Softail chassis, powered by the Milwaukee-Eight engine. The current Fat Boy model turns up the volume on all of the distinctive Fat Boy cues, from the aluminum disc wheels to the massive headlamp and nacelle. The Fat Boy remains one of the most physically imposing motorcycles in the Harley-Davidson portfolio.

About Harley-Davidson Motor Company
Since 1903, Harley-Davidson has fulfilled dreams of personal freedom by leading the innovation of two-wheeled mobility. The company offers an expanding range of leading-edge, distinctive and customizable motorcycles and brings the brand to life through Harley-Davidson riding experiences and exceptional motorcycle parts, accessories, riding gear and apparel. Learn more about how Harley-Davidson is Building the Next Generation of Riders at www.harley-davidson.com. 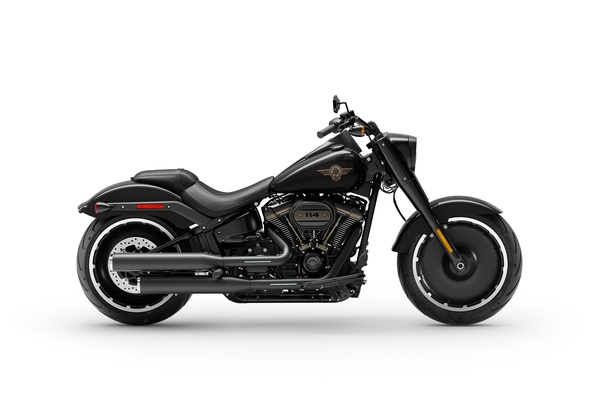 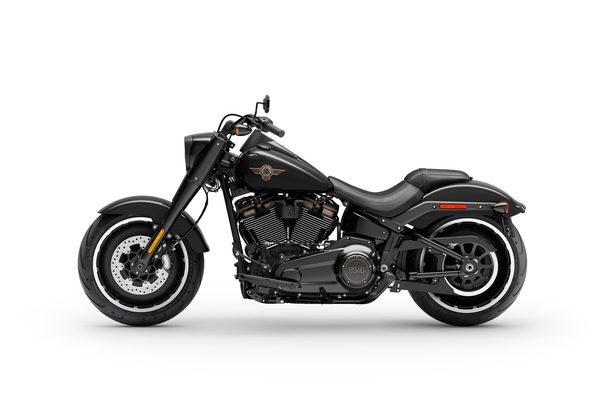 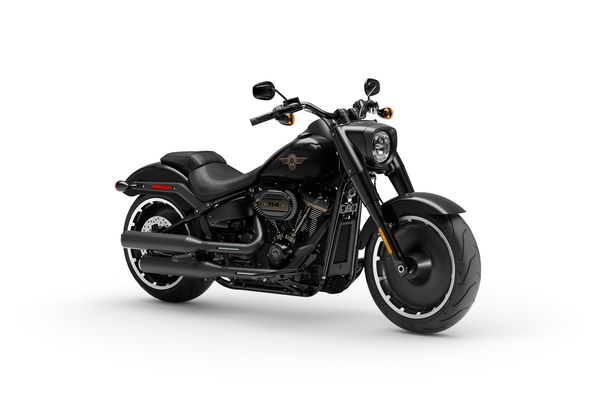 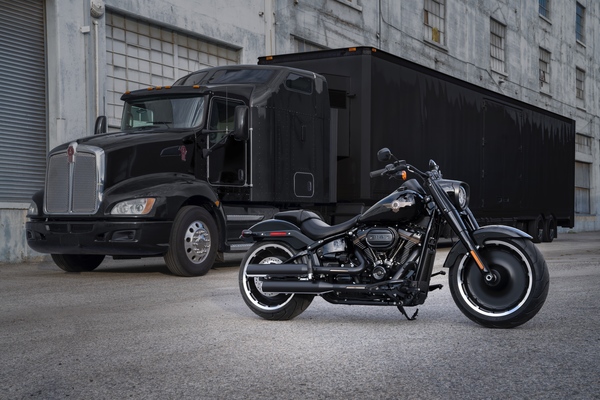 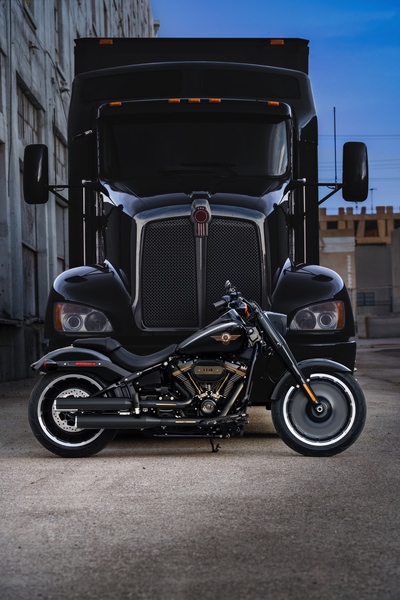 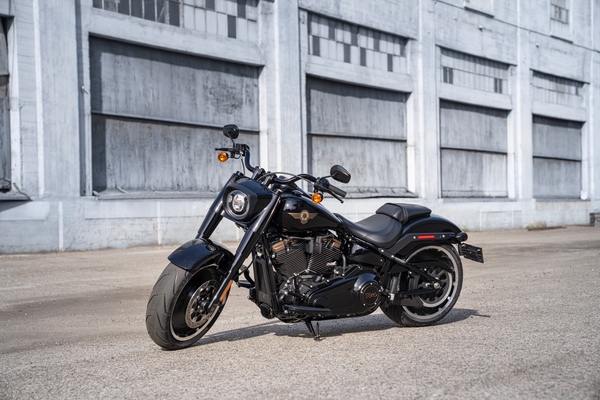 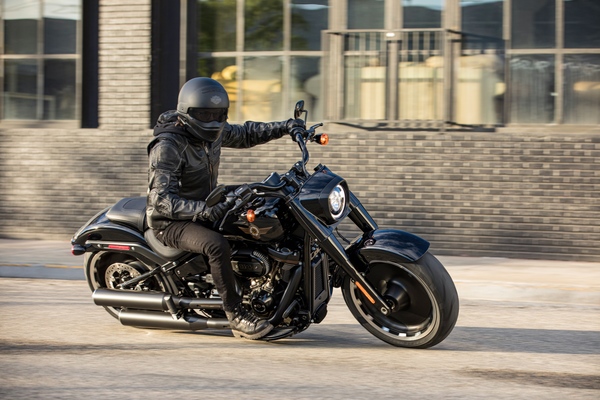 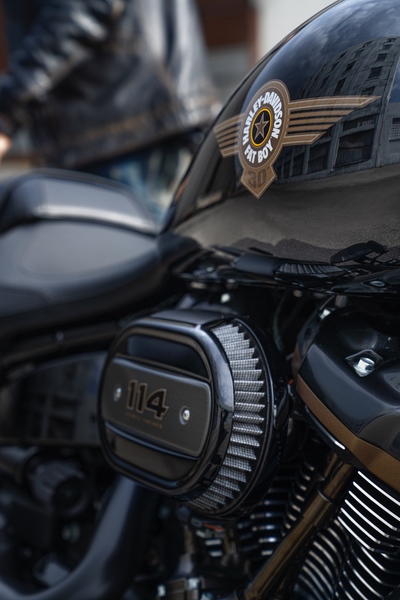 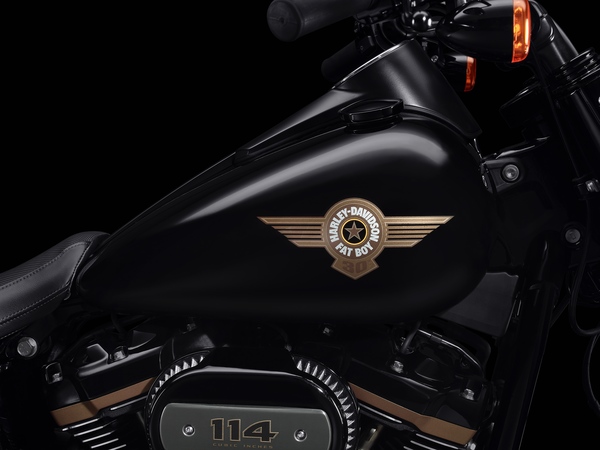 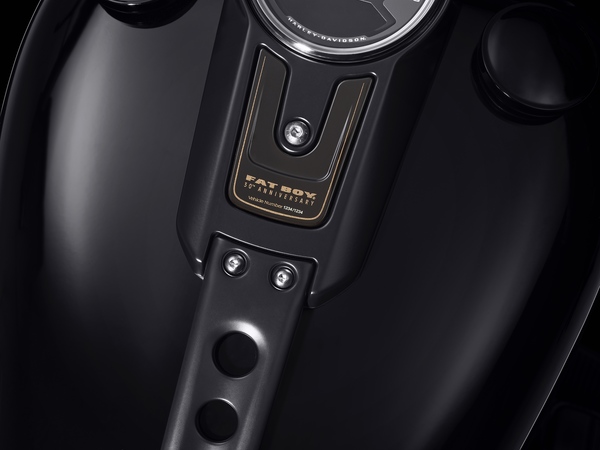 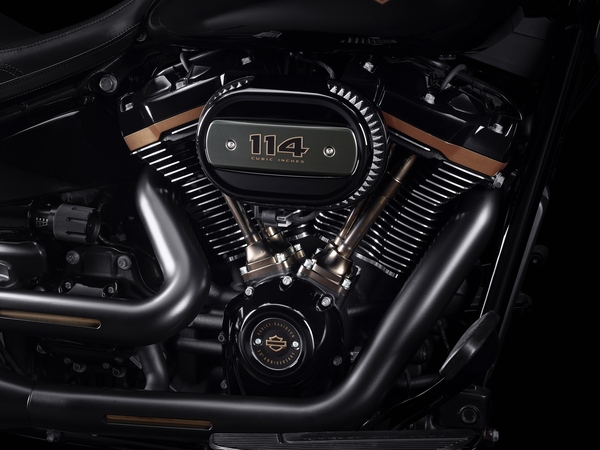 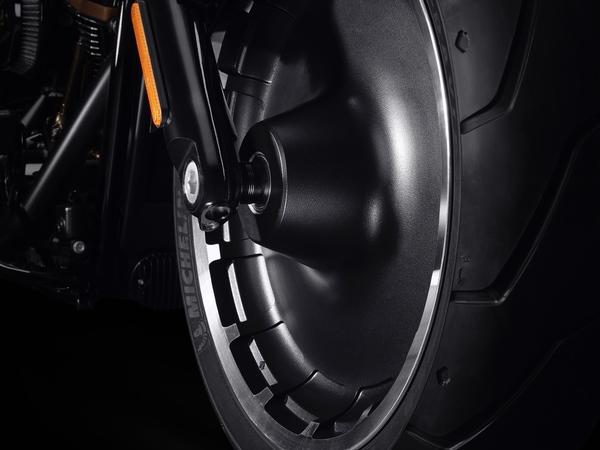 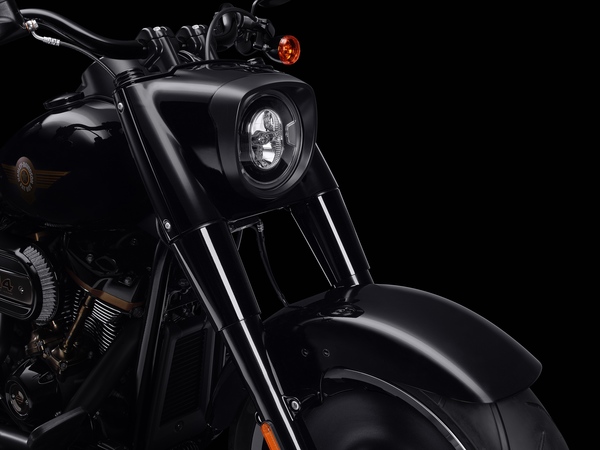